Partnering with Mayors Across the Globe

Share
Twitter LinkedIn Facebook Email
Bloomberg Associates is an international, philanthropic consultancy that provides select mayors and city government leaders with customized, in-depth consultation and mentorship in order to improve the overall quality of life of their citizens.

Watch: Supporting Local Leaders and Improving Cities Across the World

“The City of Milan is fortunate to have the opportunity to work hand-in-hand with the team of global experts at Bloomberg Associates. They understand the unique challenges cities face and they don’t just bring ideas; they bring bandwidth and the capacity to execute on those ideas. Our work together will benefit Milan and its residents for generations to come.”
Giuseppe Sala
Mayor
Milan, Italy 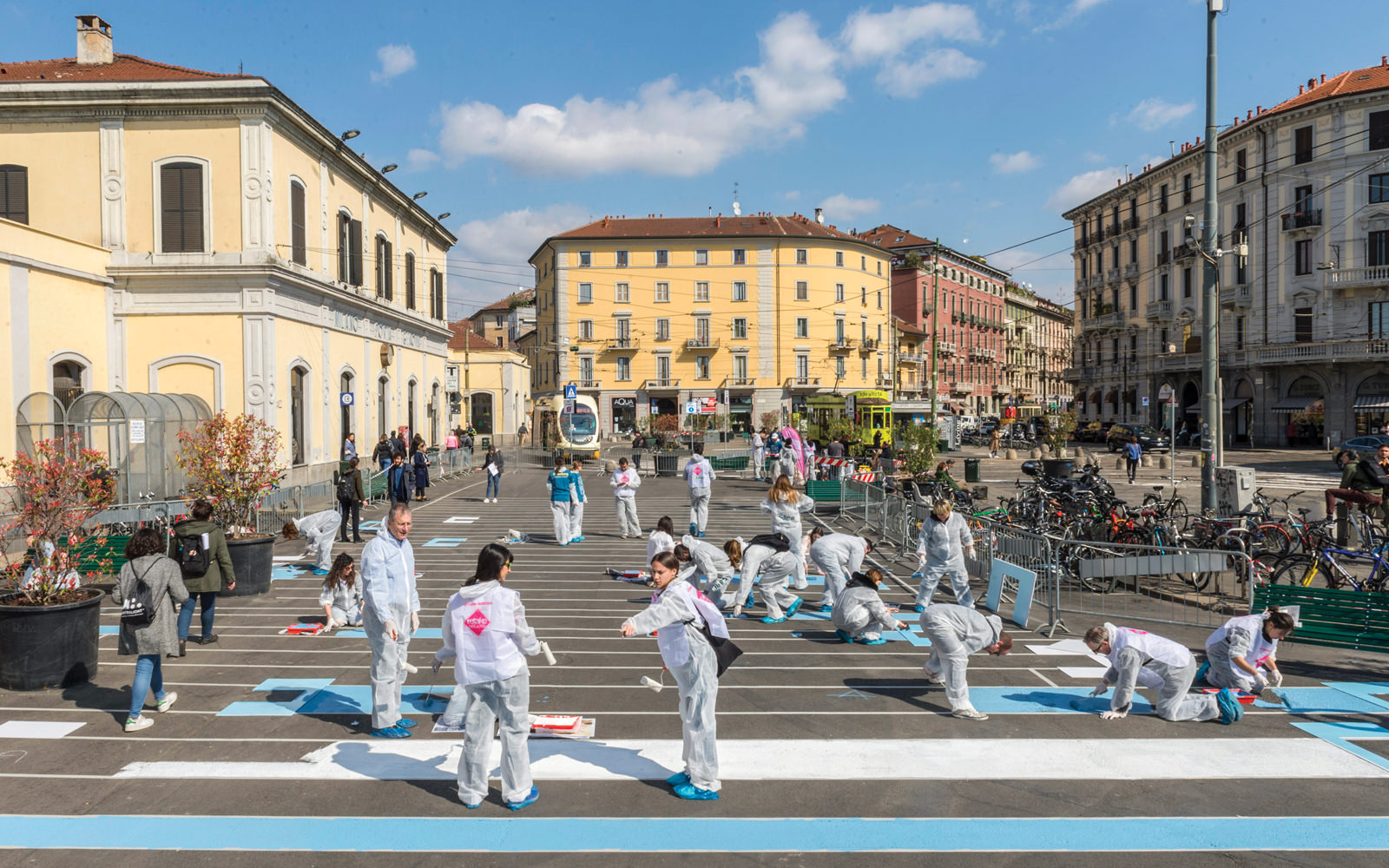 Bloomberg L.P. volunteers paint a pedestrian plaza in Milan, Italy, designed by the Bloomberg Associates team in partnership with the city.

Work Around the World 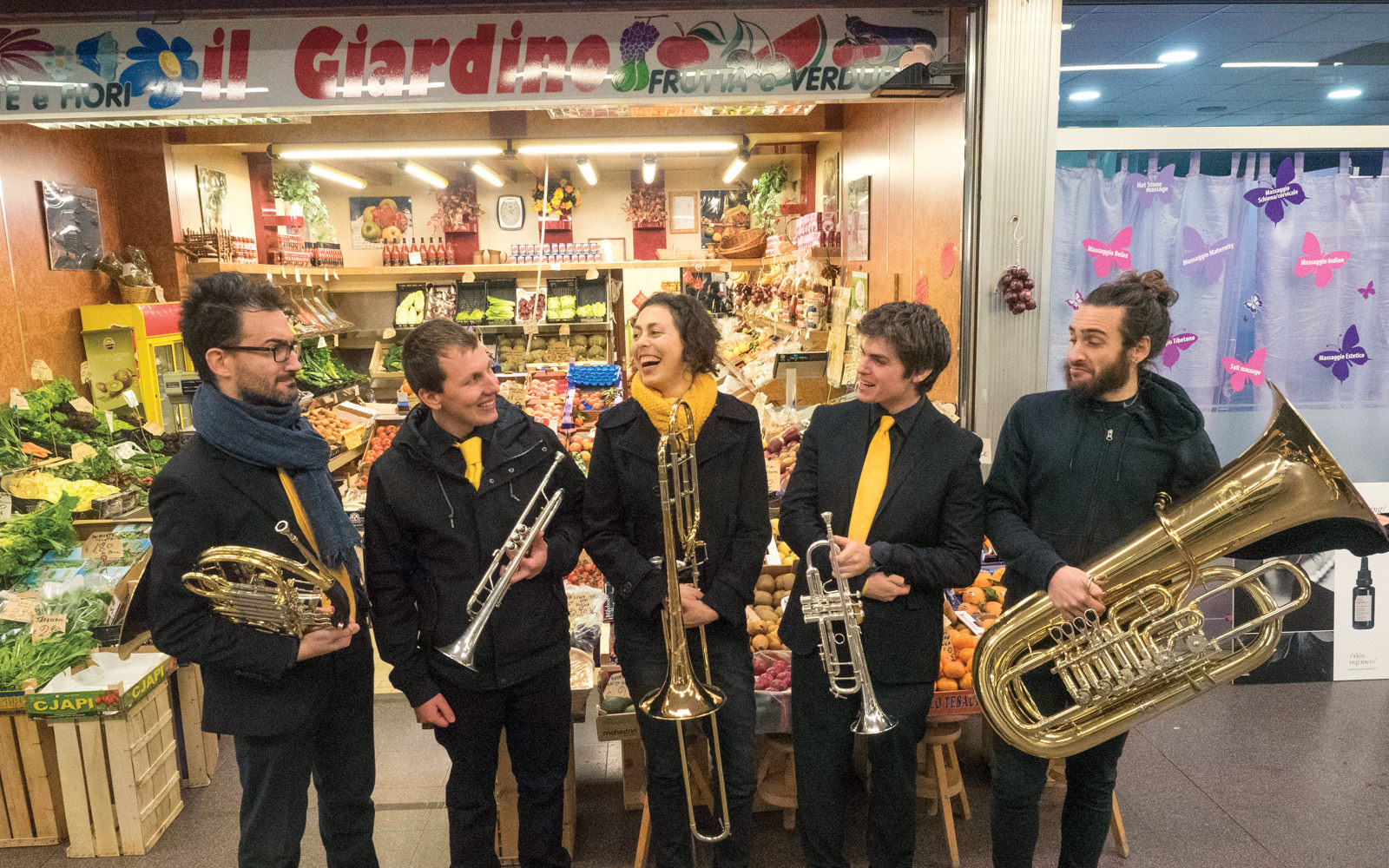 In Milan, Bloomberg Associates supports Mayor Giuseppe Sala’s Milano 2030 Plan, which has created the visionary blueprint for the city to be even greener, more livable, and interconnected. The Bloomberg team helped redesign 65,000 square feet of public space in three new pedestrian plazas, complete with colorful road paint, table tennis tables, benches, and planters. Because of the program’s early success, the city plans to expand to many additional sites across Milan.

Other efforts include revitalizing 23 of Milan’s municipal markets, planting 16,000 trees across the city, and developing a system to better respond to citizens’ calls and emails. Bloomberg Associates also helped to expand services for 6,200 migrant families and 1,200 at-risk youth and supported the launch of a welcome guide containing practical information and resources available in five languages for refugees and other newcomers settling in the city. 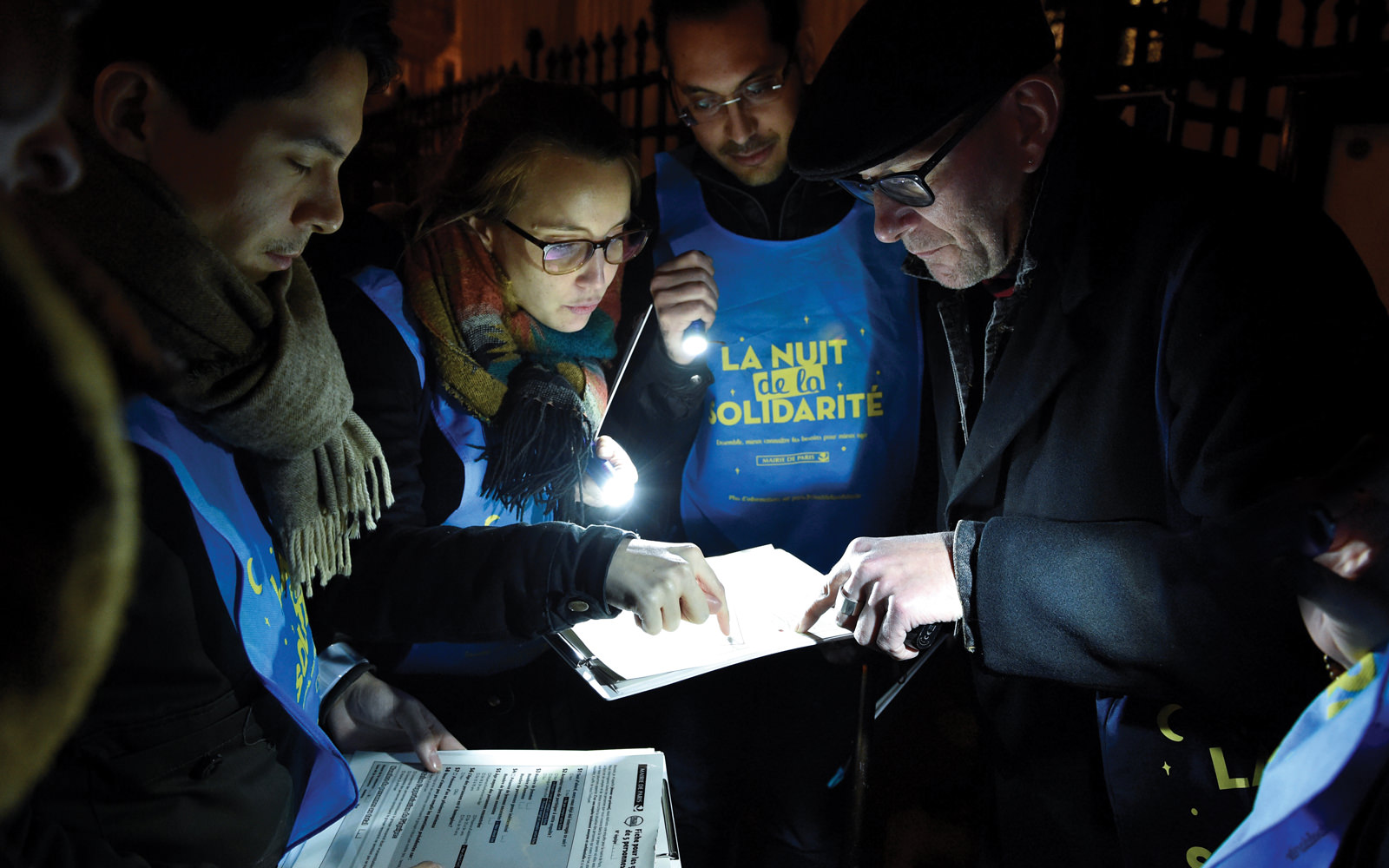 Bloomberg Associates is working with Mayor Anne Hidalgo and the city of Paris to develop a comprehensive strategy to fight homelessness. Efforts include Paris’s first-ever annual homeless count, which was conducted in 2018 and repeated in 2019; the creation of a citywide sheltering strategy; and the launch of a community hub to direct volunteer involvement. Paris also opened the doors of town halls in districts across the city, including the famous Hôtel de Ville, to house the homeless through the winter.

Bloomberg Associates is supporting the city to expand its online, open-source platform, Lutèce, to city governments in France and across Europe. Paris currently uses the Lutèce platform to run all of the city’s websites, the participatory budgeting process, and an application that connects residents with nonemergency services and information. Lutèce is saving the city nearly €3 million every year in maintenance costs, and the Bloomberg team has built on that success to triple its usage across France and pitch it to a dozen other European capital cities. As more cities adopt and contribute to it, Lutèce will grow more effective in helping city governments to share, reuse, and collaborate on digital services.

Listen to learn about the importance of volunteers, community support, and data in conducting Paris’ second annual homeless count. 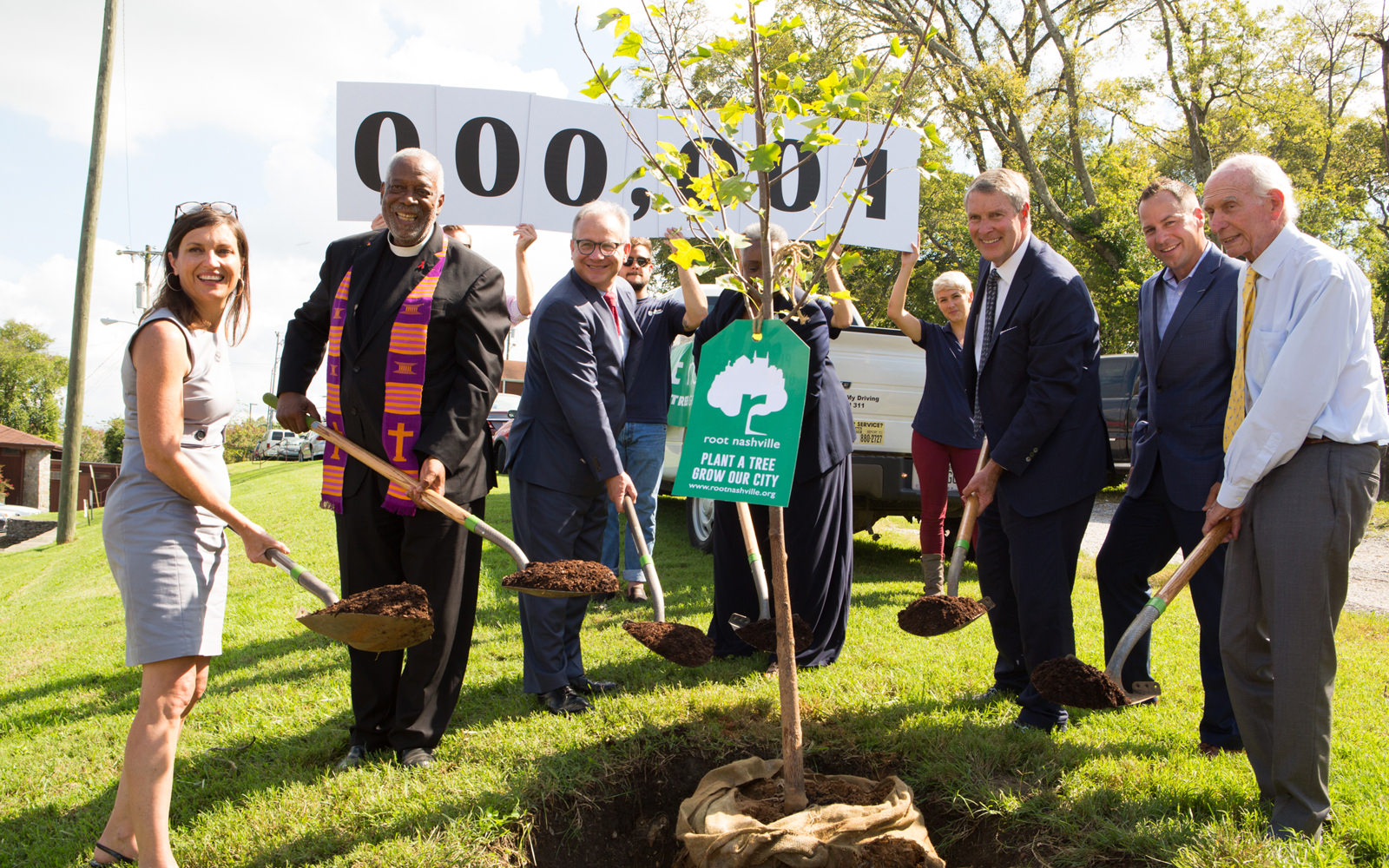 Bloomberg Associates helped Mayor David Briley to launch Root Nashville, an ambitious public-private partnership campaign to plant 500,000 trees by 2050. The trees will be planted in neighborhoods with low tree cover and higher rates of respiratory disease.

In addition, to support Nashville manufacturers and strengthen the local economy, the city rolled out NashvilleMade, a public-private initiative supported by the Bloomberg team. The initiative will create tailored programs to help local manufacturers build community, collectively market and source products, obtain technical assistance to expand their operations, and create a pipeline of skilled labor.

More than 5,000 trees planted since program launch in October 2018 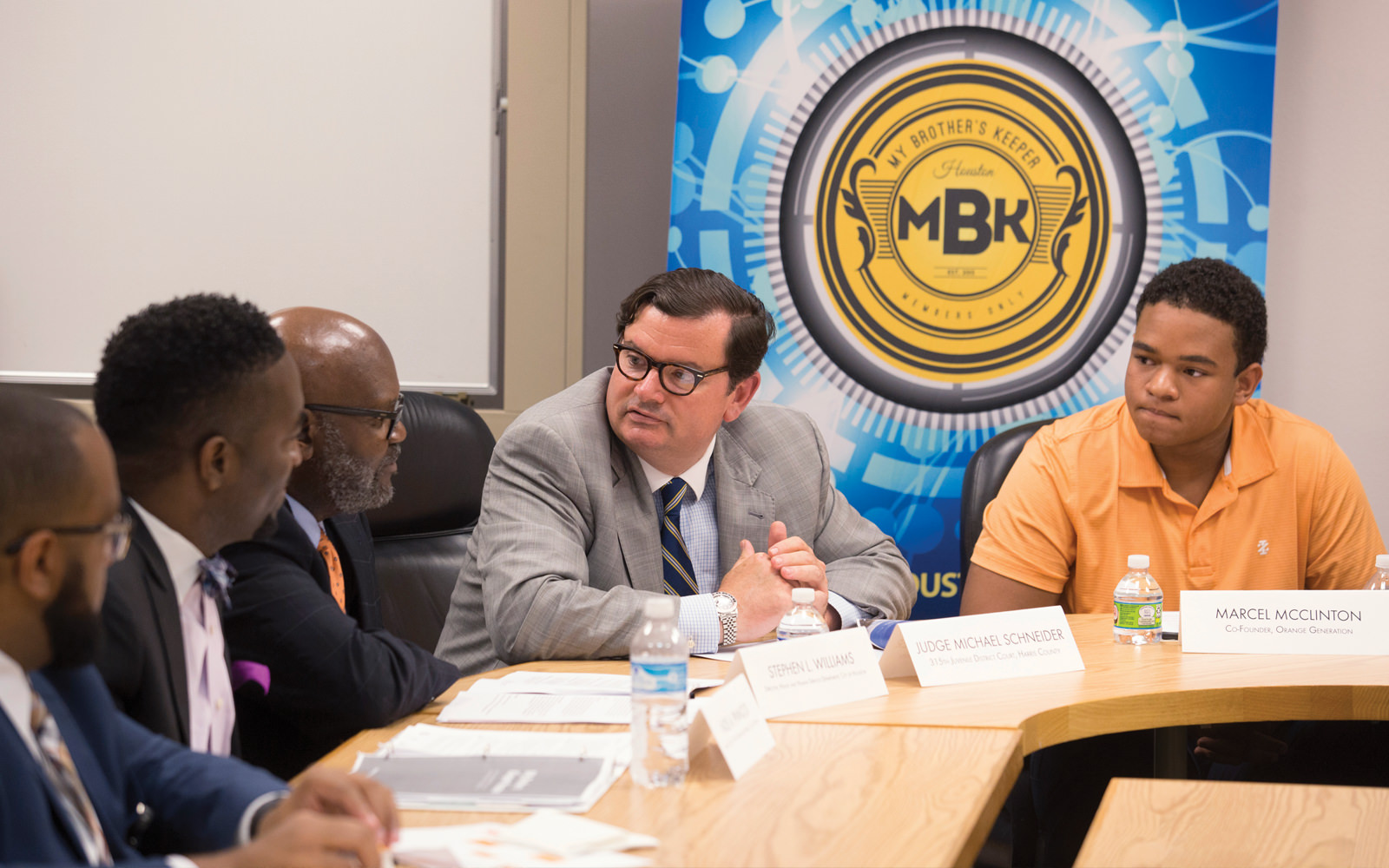 Local leaders and key contributors to My Brother’s Keeper Houston discuss the program’s impact on young men across the city following the release of a report detailing its successes.

In 2015, Bloomberg Associates began working to help Houston create and launch a local action plan for My Brother’s Keeper, a national initiative to help young men of color overcome barriers and realize their potential. The team is now working with Mayor Sylvester Turner and the Houston Health Department to advance the goals of My Brother’s Keeper: improving early childhood education, building skills to contribute to the workforce, and reducing crime and violence.

26,000 parents, grandparents, and their children participated in early childhood literacy programming throughout Houston

When Hurricane Harvey hit Houston in August 2017, Bloomberg Associates was asked to help the city respond and deliver services to people in need by quickly setting up recovery centers. Drawing on the model that New York City deployed after Hurricane Sandy, Houston was able to open nine recovery centers across the city after the storm struck.

Listen to how the City of Houston aims to address opportunity gaps among boys and young men of color.